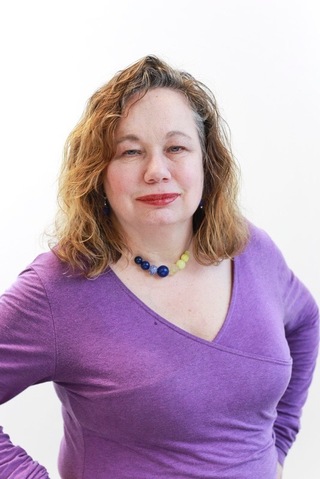 Since my upside down birth, I've always viewed life from a singular perspective. "Becky only you would think that way" is a common statement made by friends and relatives alike. My quest to explore my creative spirit took me to Wake Forest University where I was awarded a BA in Theatre Arts. Later, I enrolled at Yale/Columbia universities where I received a dual MSW/MDiv degree, and began to take my childhood ramblings as a writer seriously.

While I wrote my first play, an anti-Nixon rant at the age of 9, I did not call myself a "writer" until I sold my first article in 1994 to the Wittenburg Door, the nation's oldest religious satire magazine. I continued to write for this outlet until they closed shop in 2008, rising to the position of Senior Contributing Editor. With The Door reopening in 2021, I now serve on their board in addition to contributing my satirical critiques of the cult of Christian celebrity and those instances when both progressive and conservative Christian leaders cross the fine line separating church from state.

My most recent book Roger Williams’s Little Book of Virtues was published by Wipf & Stock in March 2020. This is a part-memoir, part historical account that speaks to those concerned about an ever present politicized form of US based Christianity that enforces its will via governmental intervention. In particular, what can contemporary seekers like me learn from my ancestor’s life and ministry as this pioneer of religious liberty left the institutionalized church but continued his quest for truth and justice for all?

Currently, I am working on two projects. War of the Game, my first work of fiction, unpacks my late grandfather's sports stories depicting the history of 20th century amateur athletics set against the backdrop of Covid-19. The second work is an exploration of spiritual narcissism and how this dynamic informs and infects institional church systems and the world of Christian media.

What can contemporary spiritual seekers learn from this pioneer or religious freedom?

This book offers snippets that chronicle the history of US college and amateur athletics from 1900-1995 through my late Grandfather's sports stories. These stories became the foundation for my forthcoming work of fiction War of the Game.